WELCOME TO THE COVERT AFFAIRS WIKI

Covert Affairs Wiki is an encyclopedia about everything related to the USA television show Covert Affairs. Covert Affairs was a long running USA Network show. It aired for five seasons from 2010-2015, when it was cancelled by USA, 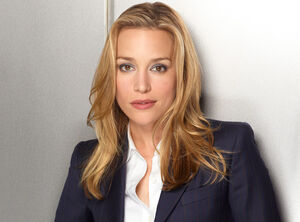 Annie Walker is a talented CIA agent. She entered into the CIA because she got "burned by love" in Sri Lanka when she "let her guard down", a reason that makes Auggie say she "fits the profile" of a typical CIA worker. 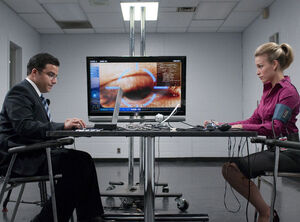 Annie Walker is training to become a CIA agent, when she is plucked out a month early and brought to the headquarters, supposedly because of her language skills (she speaks seven languages). Her mission is to trade intel with a Moscow assassin, exchanging information for money. But when their meeting in the hotel is interrupted by rapid gunfire, Annie barely manages to get out alive, and is unable to get the intel. The stress of the work is not helped by her tumultuous social life, having been abandoned in the middle of the night by her past boyfriend, who seems to have as many secrets as Annie. Read more...

we are currently housing 181 articles, and 266 files,
help us add content and expand this wiki!
Retrieved from "https://covertaffairs.fandom.com/wiki/Main_Page?oldid=2220"
Community content is available under CC-BY-SA unless otherwise noted.