Reva Kline was first introduced to the show as Auggie Andersons temporary replacement in the episode "Around the Sun". She came from the Department of Science and Technology (DST) where she was the youngest lead project manager to date. She graduated from the University of Southern California and was on the varsity swim team in college. Her relationship with Annie began with a rocky start when Reva's "by the book" personality and lack of social skills quickly clashed with Annie's greater flexibility; Annie described her as "Alpha Barbie" but in time this conflict was overcome and they became friends.

Reva while lacking in confidence due to a failed project with a robot hummingbird that set her career back still proved to be an extremely competent and useful member of the team with a sophisticated technological and psychological knowledge. Her skills with Facial and Body Language Microexpression Analysis proved especially useful. Reva made another appearance in the next episode, where she went on a field mission with Annie. Reva voiced her displeasure at going into the field, but said that something needed to be done to move up. After a complication which included Annie and Reva getting captured, Reva turned out to be right and was promoted to the Advanced Technology Desk. 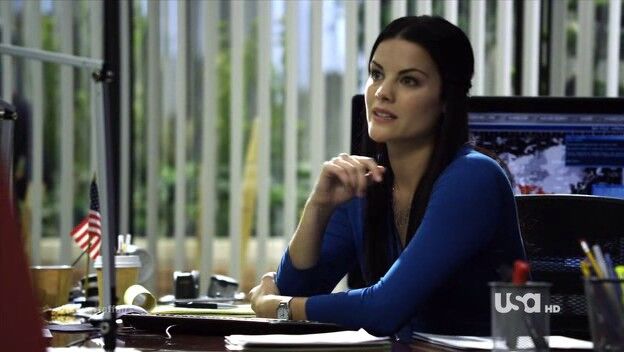 Retrieved from "https://covertaffairs.fandom.com/wiki/Reva_Kline?oldid=2565"
Community content is available under CC-BY-SA unless otherwise noted.